Skip to content
5 Tips for Rebellion Against An Empire
justice

5 Tips for Rebellion Against An Empire

The Rebel Alliance formed in order to fight Emperor Palpatine and his Imperial rule that attempted to destroy the lives and freedom of anyone who opposed his power within the Galaxy.  Slavery, war, death camps, work camps.  Sound familiar?  We all know that George Lucas designed the Imperials and now the First Order to mirror fascists, specifically Nazi’s.  We now […]

The Rebel Alliance formed in order to fight Emperor Palpatine and his Imperial rule that attempted to destroy the lives and freedom of anyone who opposed his power within the Galaxy.  Slavery, war, death camps, work camps.  Sound familiar?  We all know that George Lucas designed the Imperials and now the First Order to mirror fascists, specifically Nazi’s.  We now face a crossroads in our country, with the election of Donald Trump, and the encouragement of neo-nazi, racist, misogynist, and hateful rhetoric from many of his followers.

We geeks are lucky.  We have a plethora of stories and guidelines that we can use to build our Rebellion against the hate that is here.  Star Wars, Lord of the Rings, and Captain America are just a few examples that have been given to use over the years.  And we will capitalize on these guidelines. Here are 10 Tips for Rebellion Against an Empire

Rogue One was just released it was moving, and heartbreaking, and beautiful. It told us that sacrifices will have to be made.

5.  There are people who have been in this fight longer than the rest of us.

Like Jyn Erso, not all of us have been in the fight from the beginning.  Captain Andor tells her very bluntly that he’s been fighting since he was 6 in Rogue One.  There have been many people fighting the unjust policies of our own country and countries around the world essentially since their birth.  Our responsibility is to acknowledge this.  That there are people who have been there, have seen the violence, the hate, the sadness in far more depth than we have.  We are responsible to join them as allies. What is an ally? An ally is any person who supports, empowers, or stands up for another person or a group of people.

“Sometimes, it’s just reaching out and caring; sometimes it means taking a stand against ethnic, sexist, or other oppressive jokes; sometimes it is thinking about a person and encouraging them to keep trying; it can mean helping a person get a seat on an influential board, it could also mean speaking out publicly against injustice; sometimes it means backing a person’s leadership; sometimes it entails organizing a demonstration against discrimination.  Whatever the circumstances, as community members, we probably have a greater capacity to be effective allies to each other than we realize. We have the ability to think about each other, empower each other, and act on each other’s behalf in our day-to-day lives or in emergency situations.” (http://ctb.ku.edu/en/table-of-contents/culture/cultural-competence/be-an-ally/main)

In simple terms: fight for those who are “othered.”

4.  Find groups you mesh with in order to “Join the Fight” 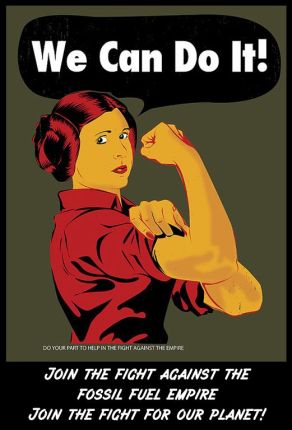 There are tons of organizations out in the world that you can join in order to fight injustices.  A quick Google of non-profit organizations for women, LGBTQIA community, ethnic communities, refugees, etc, will help you find what you need.  Start locally and branch out to the Galaxy.  Online groups are also a great way to get involved.  Geeks 4 Justice has a Facebook page that consistently posts events in the Utah area and invites others around the country and world to post their events for all to see.

You cannot combat hateful cognitive thoughts without educating yourself.  You must know the reasoning behind why people hate, why people radicalize, and why people become violent.  Without that knowledge, you cannot fight hatred.  You must understand.  You must become an expert on the social justice issues you are passionate about.  Take classes, volunteer with organizations, talk with other people who don’t agree with you. Just learn.

My fellow classmates and I came up with the term Conflict Resolutionists.  We want to be revolutionary conflict resolution educators, and leaders.  We are committed to resolving conflicts locally, and globally.  But we can’t do that without you.  We would love to teach you about mediation, negotiation, and non-violent response.  We would love to teach you how to listen when people are screaming at you.  We want to teach you how to de-escalate a situation and bring peace.  I will be offering seminars in 2017 via this site in order to help you do that.  This goes along with Educate Yourself. You must be ready to fight in any way you can.

Never. Fight to the end.  Fight with your allies.  Fight even when all hope seems lost.  But never stop.  Allow yourself to mourn a loss, then use that loss to empower your hope and your willpower.  Never surrender.  Fight with all your heart and soul to the very end.  With us.

We Are The Rebellion.