Theory First, we must address the nature of human rights and forced migration and the theoretical standards of human rights.  On January 6, 1941, Franklin Roosevelt delivered his Four Freedom’s Speech in which he declared that everyone, everywhere had the right to freedom of speech and expression, freedom to worship God, freedom from want and freedom from fear (Roosevelt, 1941).  […]

First, we must address the nature of human rights and forced migration and the theoretical standards of human rights.  On January 6, 1941, Franklin Roosevelt delivered his Four Freedom’s Speech in which he declared that everyone, everywhere had the right to freedom of speech and expression, freedom to worship God, freedom from want and freedom from fear (Roosevelt, 1941).  Refugees are often subject to the loss of their homes and economic power when they are forced to migrate from their residences due to war.  As a result they experience a sense of great loss.  Syrian Refugees have expressed that they often “feel homeless now” (Gilbert, 2013).  They have lost homes and family members.

In addition to feeling want, many Syrian refugees are also experiencing a deep sense of fear derived from aggression directed at them by the Syrian government as well as from the bubbling anger developing within refugee camps.  “People are angry, and so many small problems makes people want to explode” (Gilbert, 2013.)  In addition to Roosevelt’s Four Freedoms, the United Nations has also held that each individual has the right to life, liberty and the security of persons (UDHR, 1948). It is highly evident that the human rights of Syrian refugees are being violated.  These violations of human rights have contributed significantly to the anger and fear felt by those displaced due to the civil war in Syria. 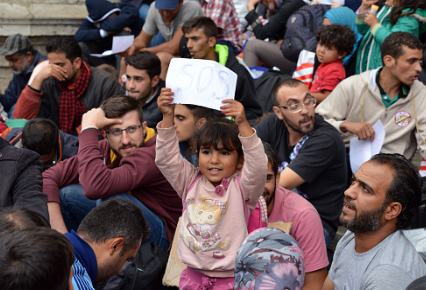 The Duplex Theory of Hate provides a new view on continuing cycles of violence and is of particular use for studying violence in refugee populations.  The Syrian civil war has raged for nearly three years, with 1.4 million displaced persons according to Jodi Rudoren (2013).  War causes trauma both physical and psychological.  War foments anger and hate within the affected population which is often transferred back to the perceived perpetrators of the initial and continued violence.  Syrian refugees are angry and feel hatred toward Bashir and others who have contributed to the violence in addition toward those who have failed to intervene.  “Others . . . were much more angry in their response, claiming that Russia had no interest in easing Syrian President Bashar al-Assad from power and those other countries weren’t doing enough” (Kenny, 2013).  If these tensions and this anger become deeply imbedded within the psyche of Syrian refugees, it is highly likely that violence will continue once the civil war is ended on a nearly genocidal level, according to the Duplex Theory of hate.

However, before we can implement the Duplex Theory of Hate we must define and attempt to grasp other theories related to hate and violence.  As the research for this study will be based on the phenomenon of hatred within the Syrian refugee population it is essential that we explore the various concepts of the experience of hate.  There are many definitions of hate but perhaps one of the most powerful and useful is from Gaylin (2003) who defines hate as “an intense and irrational emotion that is an adaptive response that allows you to fight against an enemy.”   This emotion is often accompanied by a desire for revenge often resulting in retributive violence.  In addition to a variety of definitions of hate there are numerous theories, some more accepted than others in the literature of hate.  Drive theories, stemming from Freud and Lorenz while explanatory in nature are hard to validate empirically and will not be addressed within the confines of this study.

Hannah Arendt’s “banality of evil”(1964) concept contributes to the study as I attempt to understand the normality of hate within refugee populations.  Often violence and hate becomes an accepted and normal part of the psyche of those traumatized by war.  This contributes significantly to the ease with which violent acts are perpetrated as it becomes a component of the social fabric (Baumeister, 1996).  It is highly likely that Baumeister’s concept that those who perceived themselves as victims were more likely to dwell on the long-lasting effects of the actions and the situations.  Syrian refugees will be faced with long-lasting effects of the the perpetrators of violence in Syria which will be an integral component of understanding the potential hate and anger in the upcoming phenomenological study.   There are significant limitations to theories based on the concept of evil as they often refer to group level thought, ignoring the important piece of individual lives within that group.

Two theoretical stances will be used significantly within the research for this study.  Gordon Allport (1954) examined the nature of prejudice in creating hatred in depth and believed that prejudice often leads to swift retaliation against perceived wrongdoings.   Allport defined five degrees of action which will be essential for determining where Syrian Refugees stand in terms of desiring revenge against perceived traumas.  Antilocution involves the talking about perceived slights and prejudices against the target group by likeminded individuals.  Avoidance is the direct avoidance of the target group or individual.  Discrimination is the direct taking of measures against the target group.  The next stage is physical attack of the target group and is directly connected with intense emotional feelings.  Finally, is extermination of members of the target group.   This study and research will work to prevent the movement of hatred from the level of Antilocution.

In addition to Allport’s contribution we must also explore Sternberg’s Duplex Theory of hate (2003) which defines hate as comprised of a triangle of three components: negation of intimacy, passion and commitment. According to the theory hate can be captured on either triangles of feeling or action, each of which is individually defined by the subject expressing the emotion of hate or anger.  The first of the three components is negation of intimacy, which is dependent on the subject’s desire to seek emotional and physical distance.  Propaganda and family stories of refugee life will be the contributing factors to this point of the triangle.    This is where perceived victimization plays a role.  The second component within this theory is passion in hate, or anger and fear.  “Anger is particularly likely to follow violations of one’s autonomy, that is, individual rights”  (Rozen, Lowery, Imada & Haidt, 1999).  Syrian refugees face one of the most primary violations of individual rights, loss of security, and thus face the feelings of anger toward those who displaced them.  “We are likely to hate those whom we fear for causing our fear” (Sternberg, 2008).   It is likely that the experiences of Syrian refugees will foment these feelings. The final component is decision or commitment in hate which leads to devaluation of the target person or group via contempt.  This is the stage that contributes to genocide or mass killings and is the stage I seek to assist refugees in avoiding within this study.  When these three components are combined, it is easy to view hate as an embedded part of the social fabric of refugee societies.  Also, essential within to this theory is the concept of perceptions or the stories of the refugees in regards to the situation and those they view as responsible.  I hypothesize that the stories that will be heard from most Syrian refugees will be what Sternberg defines as The Death Story or the Murderer Story(2008).  In these stories the target represents death and destruction and creates significant threats toward life and security. 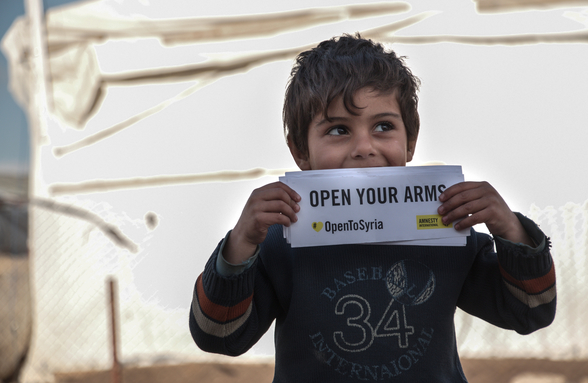 Finally, in order to be able to frame the study within the Duplex Theory we need to understand the seven types of hate that exist. Non-hate is just that, no feelings of hate.  Cool hate is disgust or negation of intimacy alone.  Hot hate is comprised of anger or fear (passion) alone.  Cold hate is devaluation or commitment alone.  Boiling hate is defined as revulsion, the combination of negation of intimacy and passion.  Simmering hate is loathing or negation of intimacy combined with commitment.  Seething hate is defined as passion, plus commitment.  Finally, burning hate is “need for annihilation” or the combination of all three components of the triangle of hate (Sternberg, 2008).  Based on these stages Sternberg has also created danger levels ranging from 0 or no hate based danger to 3 which is severe hate based danger.